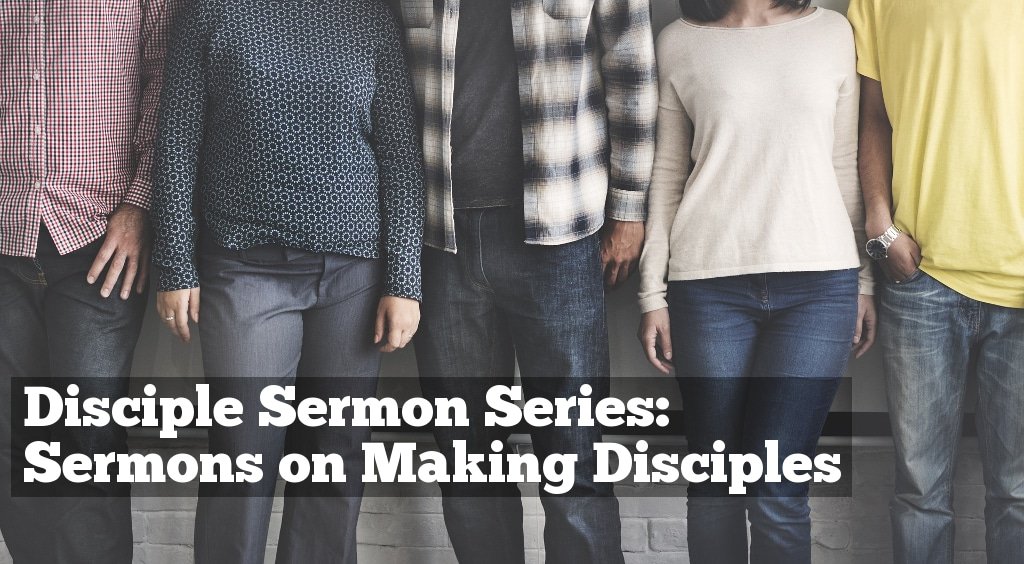 For years, we’ve concentrated all our efforts on increasing the numbers. How many people can we get to attend our church? How many services can we have in one Sunday? How many events can we hold to increase our presence in the community?

Now, there’s nothing inherently wrong with wanting more people to attend our churches and increase our presence in our communities. We should try to reach as many people as we can. More people definitely need to hear the Good News of Jesus Christ.

But what are we doing once they’re in the church?

Many times, we move onto our next round of “recruiting.” We’ve added to our numbers and now, let’s go get some more. What about those already there?

Are our Sunday School classes developing mature Christians capable of making more disciples? Are our small groups providing more than surface level relationships? Where are we making disciples?

A Personal Struggle in Making Disciples

Personally, I’ve struggled with making disciples myself. I’ve developed many plans and followed through with some of them. I’ve developed Bible study courses. I’ve put together year long processes using various printed Bible classes. I’ve seen some disciple-making success, but not on a level where I’m satisfied.

I recently wrote about one successful implementation of disciple-making: the Discipleship Plan Template. You may want to read about this unique plan. Another success I’ve had was going through Avery T. Willis’ Masterlife, combined with some actual outside-the-church-walls ministry opportunities.

Before I launched the disciple-making process in the Discipleship Plan Template, I preached an 11 sermon series I simply titled “Disciple.”

I put this sermon series together to teach our church about true discipleship and also to form a foundation for the disciple-making process. Much of the material in the latter sermons of this series came from Masterlife.

I intentionally made the series a long one. The issue of discipleship and disciple-making is serious, and I wanted ample time to let the Lord form the idea in my church. Three months of preparation is a short time when you consider making a lifelong Christian disciple.

I want to share a summary of the Disciple series with you. If you struggle with making disciples and want to lay a good foundation to build on through other channels, you will find this series helpful.

If you want to provide people with an opportunity to make a commitment to discipleship, a good next step after preaching this sermon series would be to carry some of your church people through the Masterlife series. Or to implement the Life Transformation Groups I mention in my Discipleship Plan Template.

Sermon 1: What is a Christian?

Before someone can be a disciple, they must be a Christian. That’s the first, most important, and required step in discipleship.

I began this sermon by showing a video I compiled from CNN’s Anderson Cooper and his special called “What is a Christian?” You can find some of those videos here. As you can imagine, Christianity was not shown in a very positive light. I then covered some of the more popular answers the world uses to define a Christian. The majority of the message takes a look at how the Bible defines a Christian, particularly Acts 11, and an invitation to become a follower of Jesus Christ.

Sermon 2: What is a Disciple?

After defining a Christian, my next step was to define a Disciple. Like the first sermon, I first covered some common misconceptions about disciples and discipleship.

I then went to Luke 9, where Jesus Himself defines a disciple. I finished by following up with a contrast of the misconceptions with the truth from Jesus.

In the third sermon of the series, I moved to the process of becoming a disciple. From Matthew 4, I used the calling of James, John, Peter, and Andrew as a basis for how Jesus still calls people to follow Him as disciples.

In this sermon, I focused on John 15. In this chapter, Jesus used the metaphor of the vine and the branches to describe the proper relationship between Him and His disciples. The keyword Jesus used was “abide.”

At this point in the series, I started incorporating ideas from Masterlife into the messages. I mentioned in this message, “We’ve kind of covered what we might call the ‘Theory of Being a Disciple.’ I don’t think we’ve left out too much with our theory. But so far, it’s all been theory. And theory only takes you so far. At some point you’ve got to put theory into practice.”

Again, I went to Luke 9 for the scripture used.

Practice began with answering the question, “Is Jesus Lord of your life?” If He is then our lives will be marked by three distinct things. These things, incorporated in our lives, are what the practical life of a disciple looks like.

This sermon was based in John 8. For this message, I presented the church with the “Disciple’s Cross,” a key element in Masterlife. I gave a summary explanation of the Disciple’s Cross and then covered the first element: the Word. A disciple must be grounded in the Bible, the Word of God.

John 15 and prayer was the topic of sermon 7. What is prayer? What are we doing when we are really praying? A true disciple “prays without ceasing.”

I covered the simple fundamentals of prayer; how we should properly pray, and the various aspects of prayer.

The passage used came from John 13. A true disciple is related to God through the Word and prayer. But being a disciple is more than just relating to God. We’re to relate to God’s people, His church, as well.

I defined fellowship using the Bible. I then gave several reasons why fellowship with other Christians is an important part of being a disciple.

John 15 is again the Scripture reference. A disciple is known by his fruit.

This sermon is centered on the need for disciples to witness to those who need Jesus. I give a simple way of presenting the Gospel to those without Christ.

Once again, I went to John 15 for this message. What does Christian service look like? It looks like Jesus!

I then answered questions about how all of us can practically serve both the church and those outside the church.

Matthew 28, the Great Commission, is the focus Scripture for the final sermon of the series. Jesus’ mission for a disciple is to make more disciples!

The invitation was for people to commit to becoming equipped for making disciples themselves. This was the last message before I launched the Life Transformation Groups.

A Series Leading to Disciple-Making

That is a summary of the Disciple series. You can find the entire series in my book Sermon Outlines for Busy Pastors: Disciple Series. You can check Amazon for Masterlife by Avery T. Willis. Make sure you also read my post Discipleship Plan Template

What do you think of this series? Are there some things you might do differently? Do you have any other suggestions or experiences we might learn from about making disciples? Please share with us all in the comment section below.

Thanksgiving Sermon Outlines
How to Prepare a Sermon: Step Zero
Expository Preaching and Improving Your Preaching
Sermon Series Ideas for 2019
When God Changes Your Sermon
40 Days of Prayer Guide
0 replies